If you’d like to read Lisa’s latest essay excerpts and thoughts on writing, subscribe to her monthly newsletter here!

In 2019 and 2020 I wrote about grief, love, spirituality and female power. And of course the pandemic! In 2021 I decided to go in a new direction - turning the story in my memoir into a novel. More on that as this project takes shape…

Meanwhile, here’s my latest published work. Thanks so much for reading! 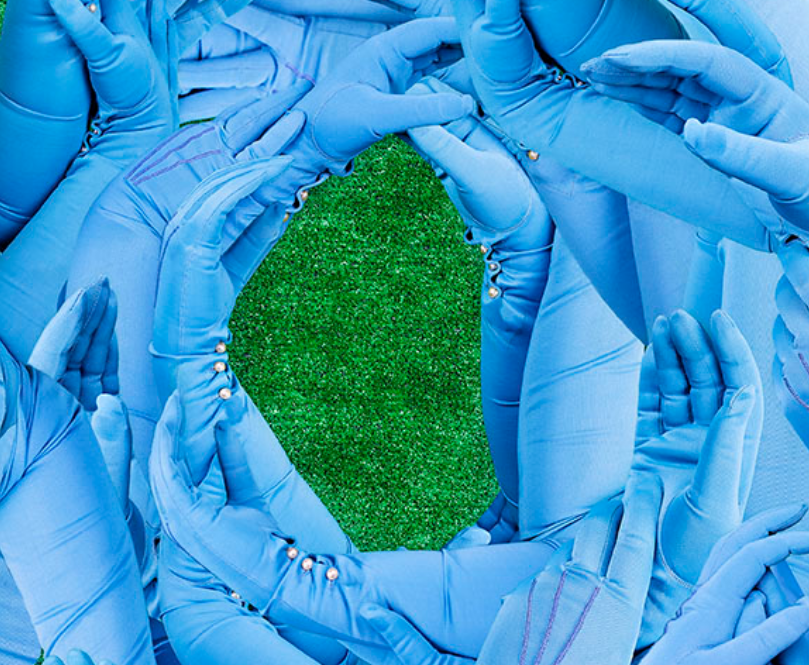 “What They Taught Me”

This piece, about the inspiration I derive from my beloved ancestresses, is included in the Fall 2021 issue of Exponent II.

This piece was nominated for a Pushcart Prize. Oh my! You can read it here.

This essay about my complex relationship to sex as a Mormon woman appeared in The Ocotillo Review’s Summer 2021 issue on Love, Lust and Longing.

This piece isn’t online, but you can explore Kallisto Gaia Press, the literary arts non-profit that publishes it, here. 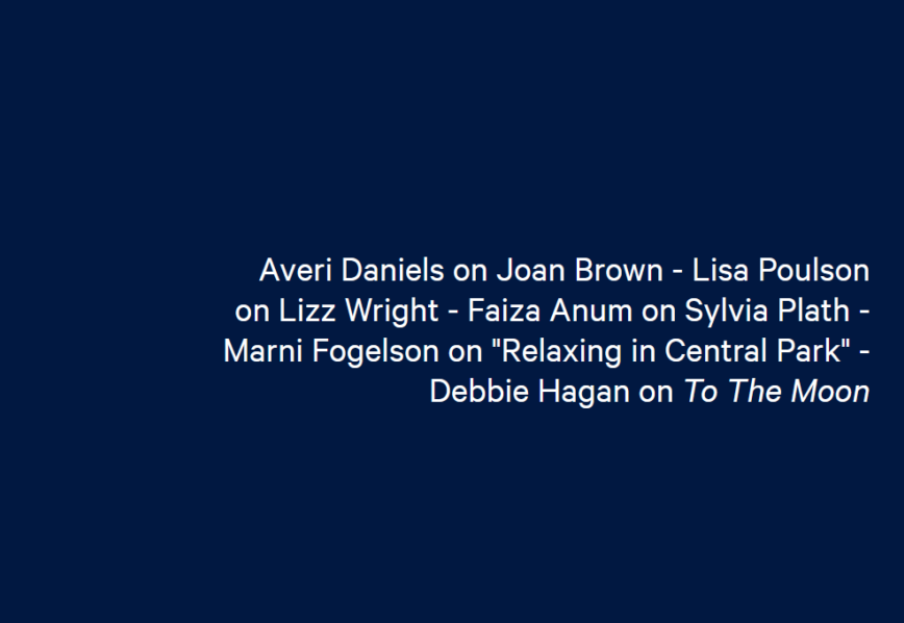 I'm delighted to be included in Critical Read's Art is Essential series. Because music IS essential!

Read the essay on Critical Read 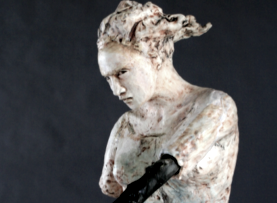 This essay, The Complementarity Principle, is a distillation of almost everything that matters in the memoir I wrote. I hope ... of Dialogue: A Journal of Mormon Thought.

Read the essay on the Dialogue Journal 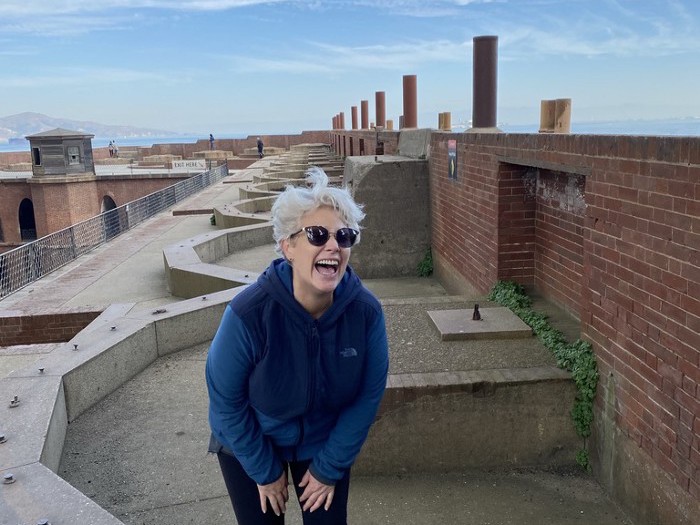 “Surprised by the Joy of White Hair”

My first piece about my complicated relationship with my appearance appears on betterafter50.com.

Read the essay on Betterafter50.com 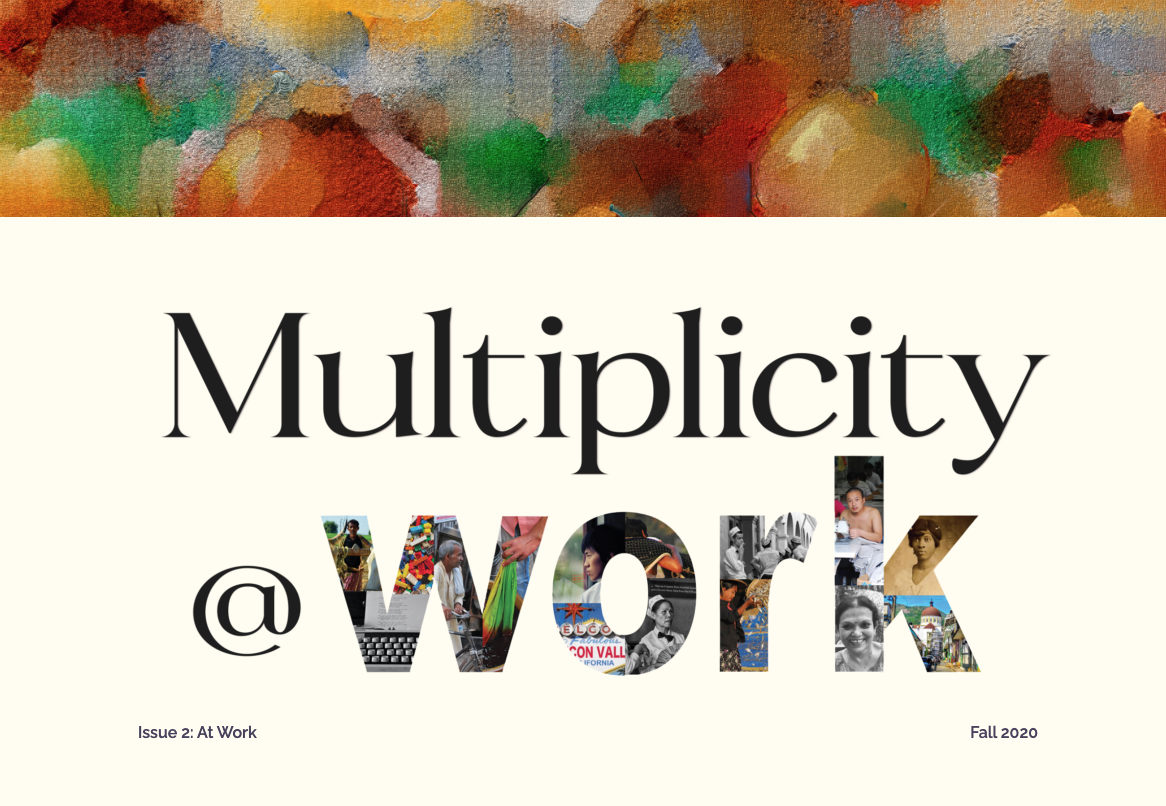 “Leaving the Bitch Behind”

I'm delighted that my essay Leaving the Bitch Behind is part of Multiplicity Magazine's issue on work.

Read the essay on Multiplicity Magazine 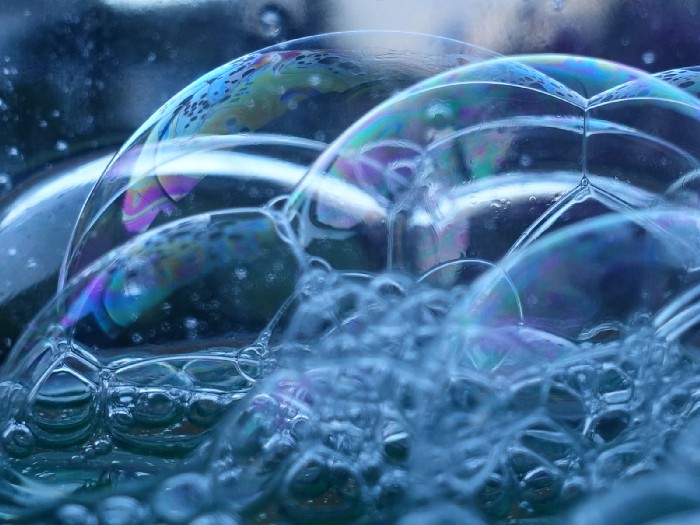 An essay about a moment in pandemic life in P.S. I Love You on Medium.

Read the essay on P.S I Love You 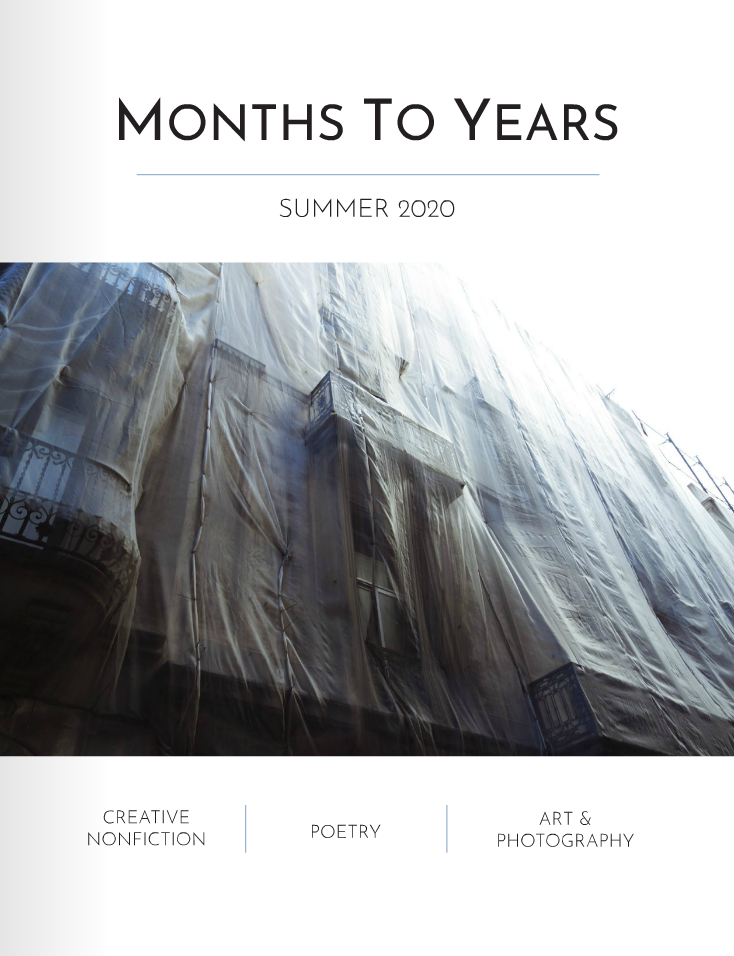 “Three Men on my Altar”

Three Men on my Altar appears in the Summer 2020 issue of Months To Years, a digital literary journal about living well while dying. You can find it on page 16 of this beautiful digital magazine.

Read the essay in Months to Years 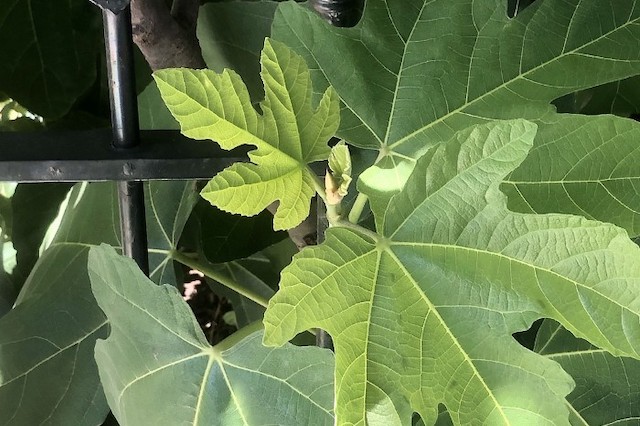 A Grasshopper (like me) Grows Up, is part of P. S. I Love You on Medium (obviously one of my favorite Medium magazines!)

Read the essay on P.S. I Love You 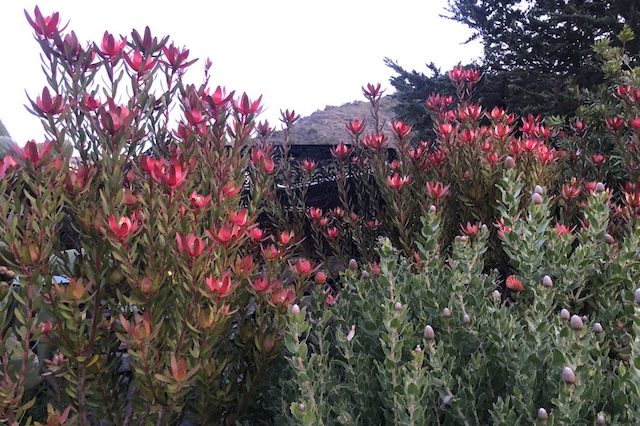 “A Grasshopper Calls a Lawyer”

Distillation is one of my favorite things - A Grasshopper Calls a Lawyer is a 150-word version included in The Dewdrop's Isolation Shorts.

Read the essay on The Dewdrop's Isolation Shorts 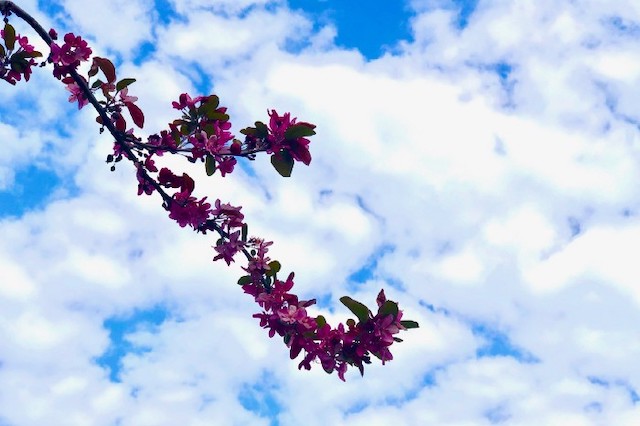 Why I'm Alone appears in P. S. I Love You on Medium.

Read the essay on P.S. I Love You 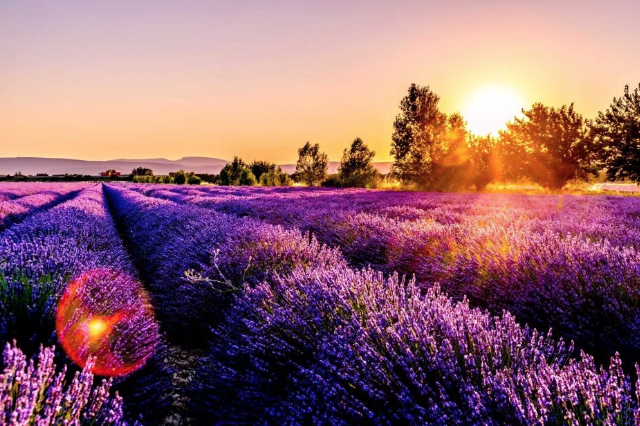 “I Made Peace with My Body and Found My Soul”

I’m delighted that one of my favorite essays is a December 2019 guest post on Jen Pastiloff’s wonderful Manifest-Station blog.

Read the essay on Manifest-Station blog

I love flash as a form, and am thrilled that my flash piece Breeze won an Honorable Mention in the Soul-Making Keats Literary Competition! The 750 word version evolved from a hundred word version - my first two drafts are right here.

Breeze Draft One was dashed off after I attended a wonderful reading of 100 words stories at Why There are Words in Sausalito. Host Peg Alford Pursell told me about Flash Memoir, so I scribbled these hundred words down as soon as I got home from the reading - remembering a specific moment just a few weeks after my fiance died.

When I walked out onto Riverside Drive, a soft, plangent breeze rolled around me, caressing my face, swaying my hair. I stopped. For 19 days, nothing had touched my skin that way – delicate, enveloping, graceful and generous.

Nineteen days ago I went to find him in the hospital, his face so swollen and bloodied it was only his eyelashes I recognized, his body so broken it was only his fingertips I knew.

I stood, relishing the tender sensation of the breeze on my face. My skin didn’t know why it hadn’t been fed. I hadn’t known it was so hungry.

After a couple of weeks away, I started fiddling around again - the constraint of keeping to 100 words is a delightful challenge!

As I walked out onto Riverside Drive, a soft, plangent breeze lilted across my face, swaying my hair and arresting my step. For 19 days, my skin hadn’t tasted a touch that sublime.

Nineteen days before at the hospital I saw my love – his face so swollen and bloodied it was only his eyelashes I recognized, his body so broken it was only his fingertips I knew.

Eyes closed, I relished the grace of the breeze’s tender touch. I knew my broken heart, but my skin didn’t understand why it hadn’t been fed. I hadn’t known it was so hungry.

The prologue of my memoir, “Good Enough?”

I was sitting at my desk in Manhattan booking a media tour. For about an hour I had been leaving message after message on reporters’ voicemails, delivering a pitch that I hoped would compel them to meet with my client. I took a breath and reset my persuasive enthusiasm for the next call. Just as I was about to pick up the receiver, the phone rang.

I was a little surprised. Reporters rarely call PR people back.

But it wasn’t a reporter. It was my fiancé's brother.

“Marc’s been in an accident.”

Adrenaline sharpened my vision and my hearing. My body grew numb as my brain zeroed in, stilled by fear. Marc, my fiancé, was a helicopter pilot in the Coast Guard.
“Do you want to come to the hospital?” he asked. And then, as if to dissuade me, he said, “It’s on the Jersey shore, about two hours from the city.”

“Yes. Yes. I’ll come to the hospital,” I said, staring at the grimy black plastic base of my desk phone, the beige upholstery on my cube wall, a broken thumbtack.

“We’ll see you as soon as you can get here.”

Then he hung up. Too late, I realized I had no idea what had happened to the man who’d asked me to marry him two weeks before. But one thing was clear - Marc wasn’t capable of calling me himself to say he’d be fine and that there was no need to worry.

When I put the receiver down, I forced my curiosity away. Speculating wasn’t productive until I had more information, and what I might speculate about was far too dark to face.

Instead, I put together a quick tactical plan. First, I needed to tell my boss that I had to leave for the day. Second, I wasn’t sure how long I’d be gone, so I’d need to go home and pack a few things. Third, I needed to get myself to coastal New Jersey.

My boss called a car service. I knew that taking that long drive to New Jersey alone would be untenable, so I called my dear, wonderful, resilient friend Lee.

“Marc’s been in an accident. Will you ride with me to the hospital?” She said yes immediately even though she did not have the kind of job one could just walk out on.

A plush black Lincoln Town Car, normally reserved for clients, retrieved me at the office. We stopped briefly at my apartment. My mind was hyper-focused as I triage-packed: a toothbrush, a little bit of makeup, a few clothes. I didn’t know if I’d only be gone for the afternoon or for a few days.

My favorite photo of Marc, which I’d taken at the Bronx Botanical Garden, stopped me for a second. He was sitting in front of a wall of autumn-colored plants, looking at me with eyes full of the durable and miraculous love that had changed my life.

My breath caught in my throat. He was the gift I never thought I would receive. What had happened to him? I forced the speculation away again. I was thirty. I was supposed to be planning a wedding for December 1993, but instead I could feel myself warding off an insistent spectre of dread.

When I got back to the car, the driver and I barely spoke. Could he sense the fragility of my composure? For whatever reason, he kept a respectful silence, and I kept trying not to think. I told him where to find Lee in midtown. As she got in the car and I conveyed what I knew I saw the driver take a couple of concerned, furtive glances into the rear view mirror.

We headed out of the city toward the end of the life I had just begun.

That’s the beginning of my story! I can’t wait for you to read the rest!

Thanks so much for reading. I’ll share other work with you - essays, etc., as it emerges.

If you’d like to get excerpts of my new work and a little radiance in your inbox each month, please sign up for my email list here!!