Lisa Poulson was once a tech industry badass, a grieving almost-widow and a faithful Mormon all at the same time. Now a writer in San Francisco, Lisa writes about grief, love and the complex beauty of female power. Read her work here.

Lisa’s is a story of grief, isolation and triumph as she became a powerful woman and an equal citizen in two opposing worlds. At twenty-nine, she met a man who loved her exactly as she was. He was killed in a helicopter crash two weeks after they got engaged. In the aftermath she channeled her anger and grief into dominating tech PR in Silicon Valley, but was broken inside. Too fierce and worldly to fit into Mormon culture, but too devoted to God to walk away, she lived in constant and excruciating conflict, on the cusp between two worlds. Her religion was sanctuary and prison. At 45 she rebelled and lost her virginity, which set her on a path to finding a hard won peace with God, her church and herself.

A member of the Church of Jesus Christ of Latter-day Saints since she was born, Lisa is a descendent of fiercely resilient Mormon pioneer women who crossed the American plains with their children – even after their husbands died along the way. Lisa is also the founder of poseycorp, a communications coaching practice.

Raised in Los Angeles, Lisa lived in New York for ten years and now lives in San Francisco, where she spends her free time absorbing and creating as much beauty as possible. She’s currently at work on a collection of essays after completing a memoir.

Being vulnerable as a singer helped me be vulnerable in my writing. Here's the story in the San Francisco Chronicle As a baby, I found lots to object to. 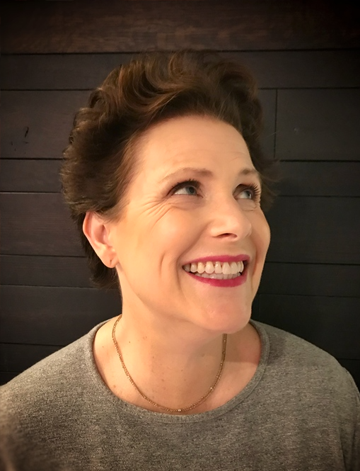 If you’d like to get excerpts of my new work and a little radiance in your inbox each month, please sign up for my email list here!!